Lying along the coastline of the Arabian Sea and close to the Western Ghats, the smallest state of the country is best known for its white sand beaches, active nightlife, various historical places (some of which are world heritage sites) and various places of worship along with the rich and diverse flora and fauna. Also known as the party capital of the country, Goa is visited in large numbers by domestic as well as international tourists every year. This article gives an overview of some of the best places one can visit in Goa.

Baga is a small seaside town in the northern part of the state. It has a small estuary named the Baga creek, from which the Baga beach derives its name. Located along the northern end of the beach stretch starting from Sinquerim, the Baga beach is bordered by the Anjuna and Calangute beaches. A popular tourist destination in the state, Baga beach is best known for the scope of watersports that it offers. The beach is also favoured by fishermen and has rows of shacks and fishing boats. Major attractions of the area include the indoor snow park along the beach and the nearby Tibetan market.

One of the most visited tourist spots in the state, Grand Island is a small island in the Arabian Sea and best known for the wide range of adventure sports that one can take part in, along with enjoying the mesmerizing views. The only means of reaching the island is through water transportation. Adventure activities that one can enjoy include scuba diving, snorkelling, boat tours, dolphin watching tours and so on. The island is bestowed with a rich diversity of flora and fauna and is a sheer delight for nature lovers and adventure seekers.

Literally meaning the ‘Sea of Milk’, the Dudhsagar Falls is a four-tiered waterfall situated on the Mandovi river in Goa. It is one of the tallest waterfalls in India with a staggering height of 310 metres and an average width of 30 metres. The region also has a very rich variety of flora and fauna and is no less than a paradise for nature lovers.

A part of the Churches and Convents of Goa UNESCO World Heritage Site, the Basilica of Bom Jesus is a Roman Catholic basilica located in Old Goa (the former capital of Portuguese India). It dates back to the early 17th century and is best known for its baroque architecture and Portuguese style architecture. Also included in the Seven wonders of Portuguese origin in the world, the Bom Jesus Basilica holds the mortal remains of St. Francis Xavier.

Bordered by the Aguada Fort and the Chapora beach, the Candolim beach in north Goa is another popular place to visit. Best known for the scope of different water sports that the beach offers along with vivid and active nightlife, Candolim beach is visited by tourists in large numbers. Other popular attractions of the region include the Aguada fort, the Chapora fort and so on.

A 17th-century Portuguese fort located along the Sinquerim beach, the Aguada fort is one of the most famous architectural marvels in the state and best known for its historical significance. It also has an adjacent lighthouse (built in the 19th century) along the west, which happens to be one of the oldest in the country.

Located in Canacona city in southern Goa, the Palolem beach is one of the main tourist attractions in the state. It is best known for its white sand stretches, along with the calm waters and the active nightlife. The beach is also lined with palm trees and colourful wooden shacks, and visited by tourists from all over the world, especially during the winter.

A small riverine island located in the Mandovi river, the Island of Divar is one of the six prominent islands between the Mandovi and Zuari rivers in Goa. Situated at a distance of around 10 km from Panjim, the island is connected to Naroa to the north, Ribander on the south-west and Old Goa to the south-east. The island has three small villages, namely Piedade, Malar and Naroa. The island is best known for its spectacular scenic beauty and rich natural diversity, making it one of the most popular tourist spots in the state.

Located on the western tip of the Charao island along the Mandovi river, the Salim Ali Bird Sanctuary is an estuarine mangrove habitat and is named after the renowned ornithologist Salim Ali. Spread over an area of around 440 acres, the bird sanctuary is covered by low mangrove forest and heaven on earth for nature lovers, especially bird watchers. The sanctuary is best known for the range of local as well as rare and exotic species of birds which include the striated heron and western reef heron, the little bittern, the black bittern, the red knot and so on. 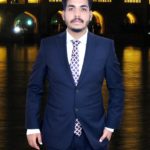